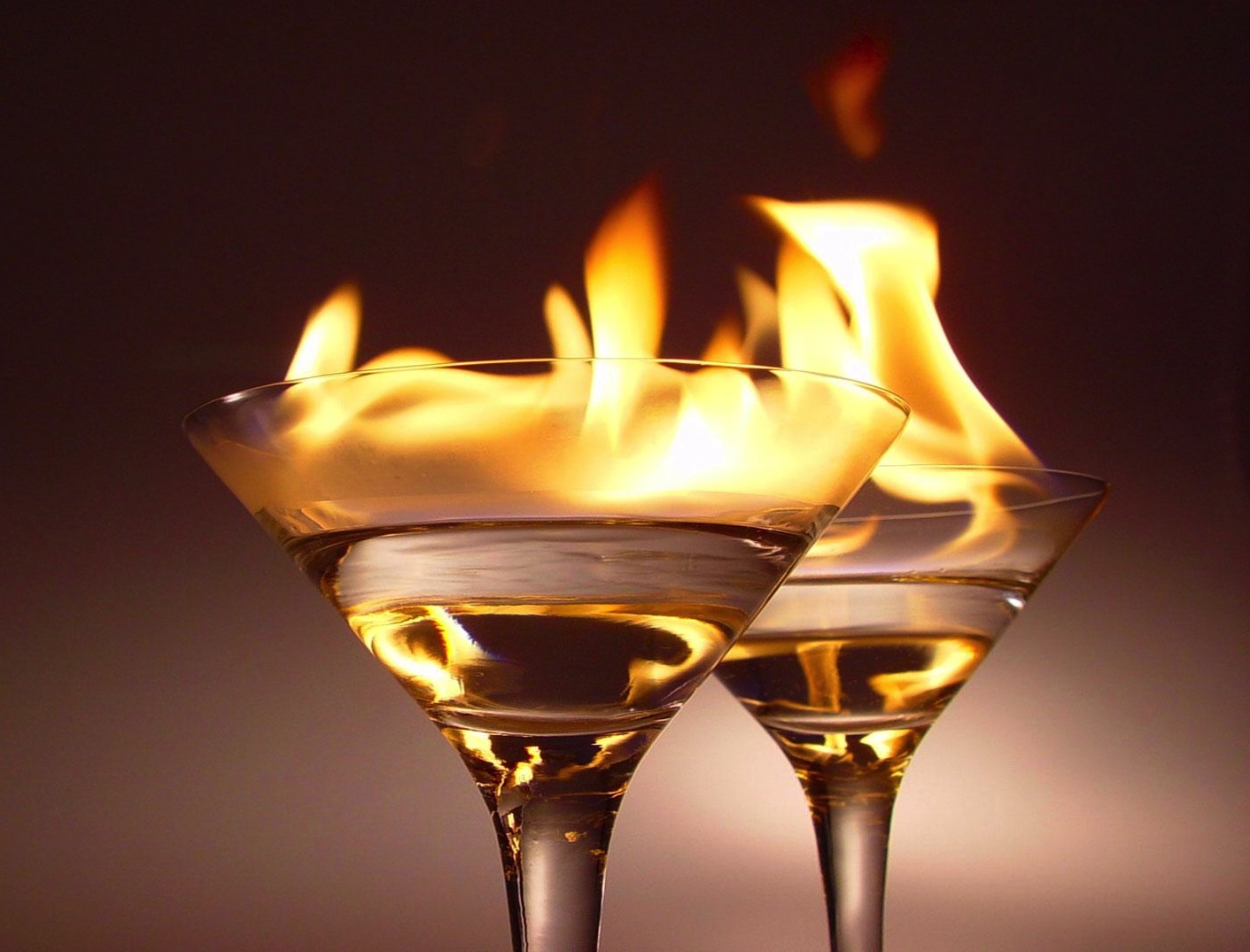 These were the old theories:

Here is the truth!

There is a particular kind of protein receptor in our body called Vanniloid Receptor-1 (VR1), also known as capsaicin receptor. It is a member of ‘Transient receptor potential cation channel subfamily V (TrpV1)’ and in humans is encoded by the TRPV1 gene. VR1 is a non selective gated ion channel. It is usually activated by temperatures greater than 43 degrees Celsius, acidic conditions, capsaicin (it is the irritating compound present in chilies), etc. The activation of VR1 leads to painful burning sensation. Burning sensation produced by chilies is caused by the activation of VR1 receptors by capsaicin. TrpV1 receptors are found in many parts of the body including the taste receptors of our tongue.1

VR1 receptor is sensitive to alcohol in a concentration dependent fashion. Particular concentrations of alcohol (ethanol) increases the sensitivity of VR1 receptors by decreasing its heat sensitivity from 42°C to approximately 34°C.2 Normal temperature inside our mouth is more than 34°C, so alcohol is prompting the receptors to perceive our own body temperature as hot! It is proved that, knocking out of TrpV-1 receptor in mice causes an increased consumption of alcohol compared to their normal counterparts.3 This is also a possible explanation for the sensitivity of inflamed tissues to ethanol, such as esophagitis, neuralgia or wounds.

Whole thing can be summerised as

Cite this article: Why does the consumption of alcohol produce a burning sensation?, in Amazing Zoology, September 18, 2016, https://amazingzoology.com/consumption-alcohol-produce-burning-sensation/. Retrieved on May 22, 2022.